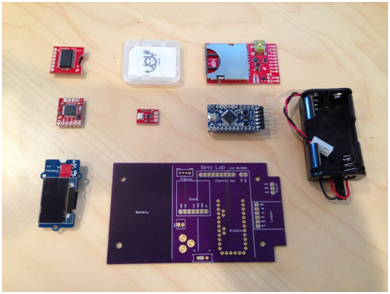 There’s an exciting emphasis lately on capturing ambient noise at many locations around the city (and around the world). As more people move to cities generally, quality of life expectations might clash with the often-loud reality of living in a city. Professional noise monitors generally are in short supply, capture data only for a small period of time, and there are alternatives now with the explosion in citizen-led civic tech. Earth Journalism developed an open-source $140 noise monitor with wifi connectivity (image above is this tool). Some forums have suggested that cost is also probably too high to get a large network of sensors in a city. Some suggested doing an old smartphone collection drive, develop an app, and deploy the smartphone-turned-sensors. Not a bad idea.