Brendan Gluth created an open-source low-cost pedestrian counter using a Raspberry pi and a cheap infrared sensor. The total cost of materials was less than $150. This project was tested on an alleyway urban intervention project with the City of Edmonton’s CityLab, and the graph below is an example of two weeks of data of pedestrian activity in the alley during the animation project. This is open for re-deployment or the creation of new devices. 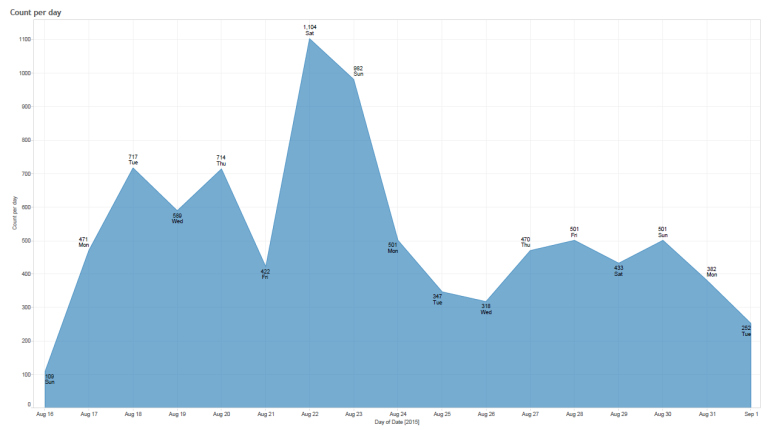 We recently deployed the sensor to compare it to the City’s official sensor, Miovision, a cool company but their video-based sensors are more meant to be set up for a day at a time and then moved, versus these more permanent senors. You can see the sensor deployed in front of City Hall here along with a chart showing how it compared to the profession sensor, pretty sweet!